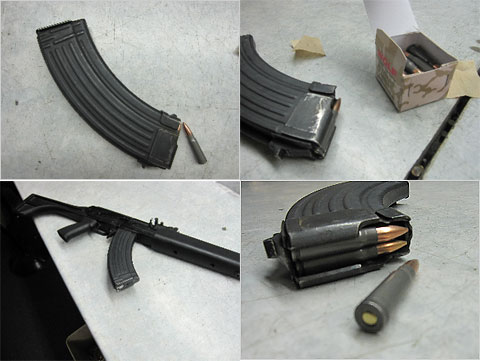 Once again in the New York Times Happy Days blog, I’m testing myself. Last time, I was testing my faith. This time, it’s my trigger finger:

I’ve always really liked guns. Growing up, I fantasized about them endlessly, though my parents discouraged it every way they could. I came to agree with them in principle — that violence doesn’t solve much of anything, that the world would be better without weapons — though it didn’t keep me from stockpiling toy armaments. In the years since, I’ve become a partisan in pacifist causes, around which congregates a community that has no patience for packing heat. But I continue to feel that old attraction. I can still get swept away in fantasies of firepower. So nearly a decade into legal age with nary a shot fired, I decided it was time to test my reveries against the real thing: would a gun really satisfy them or cause me to recoil in horror?

It was with this purpose that, together with my indulgent friend, Rachel, I set out for a nearby shooting center, an unmarked building hiding in a quiet Long Island neighborhood, around the corner from a front-yard shrine to the bravery of firemen.

Read the rest of “Warm Gun” over at Happy Days.

5 comments on “The Shooting Gallery”